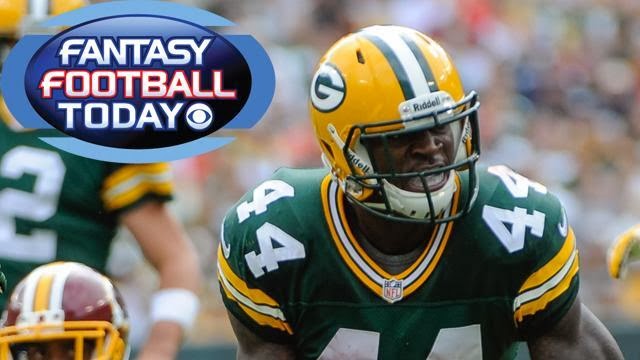 In an interview on Bloomberg Television's "In The Loop", CBS Interactive Vice President Marc Debevoise discusses the growing popularity of fantasy sports.

CBS Fantasy Sports is one of the older game platforms for fantasy sports when CBS bought Sportsline in mid 1990's. The site boast millions of users playing fantasy sports such as fantasy football, fantasy baseball and fantasy hockey.

CBS not only offers fantasy sports as a game provider but also provides the accompany content for fantasy league owners in the form of original digital media. In this regard CBS and ESPN have a distinct advantage over Yahoo!, the leading fantasy sports game provider, in their ability as a content provider to supply league owners with original media content on top of broadcasting distribution. In addition, CBS revealed that half of the users visiting CBS Sports fantasy are already logged in. That can provide CBS with an opportunity to customize the fantasy sports experience based on the user and better target ads or promote content based on the user profile.

One of the mentioned areas of growth was in the mobile space. Debevoise noted that almost every player on the website will also use the CBS Sports fantasy mobile application. The growth of mobile was also echoed by former CNN President Jon Klein. Klein highlighted that daily fantasy sports in conjunction with mobile technology is contributing to the recent surge in popularity of fantasy sports. Players in the daily fantasy sports market are generally men earning more than $90,000 annually.

FtSb says:  Debevoise touted that CBS fantasy sports is the leader of fantasy sports, however that may depend on how you define leader. Recent surveys and studies currently rank CBS Sports fantasy 3rd behind Yahoo! and ESPN. In addition, in a recent survey from CraveOnline, CBS Sports fantasy is ranked 4th behind NFL.com growing fantasy football. What CBS had done to differentiate itself with the other game providers is to start dabble in weekly fantasy games . Weekly fantasy games can offer the payout that is similar in daily games but yet making the length of the format long enough that skill rather than lucky has more influence on the game. CBS has differed its strategy with fantasy baseball when compared to Yahoo! and ESPN in its pricing and payout structure.